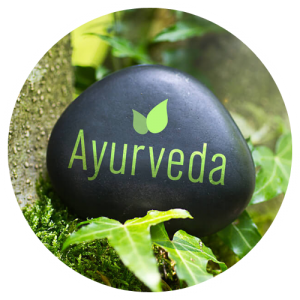 Ayurveda is the most popular holistic forms of medicine that has originated in India, and is now rapidly spreading around the world. Ayurveda is a combination of two Sanskrit words, ayus meaning ‘life’ and veda meaning ‘knowledge’. Hence, Ayurveda literally means ‘the knowledge of life’.

Indians believe that Ayurveda originated as a form of medicine for the gods. Even in the Ramayana (which is believed to be several millennia old), we have a reference of how Hanuman brings the Sanjivani herb to revive Lakshmana, who is mortally wounded in the battlefield at Lanka. Dhanwantari, the physician of the gods, is believed to be the one who discovered Ayurveda. Ayurveda was brought from the realms of the gods to the human race by Charaka, who wrote the Ayurvedic treatise, Charaka Samhita, which is regarded venerably even today. Sushruta later wrote a compendium of his own, Sushruta Samhita, which has several amendments over the methods detailed in the Charaka Samhita.

Ayurveda is a largely herbal science. It delves into the medicinal properties of herbs and studies their effects on the human system. There are more than four thousand herbs known to Ayurveda, out of which about one thousand are very commonly used in regular prescriptions. Throughout the ages, several combinations of the herbs have been made and perfected. The herbs are also matured in several ways like roasting them in ghee, fermenting them to make wines, preparing their concentrated powder extracts, etc. Preparations are known as bhasmas, lehyas, vatis, choornas, rasas, asavas, etc. depending on how they have been prepared.

Though Ayurveda mainly deals with herbs; that is not all there is to it. Ayurveda also deals in several minerals, which it calls as dhaatus. Some dhaatu preparations are very important to the human wellbeing, for example, the Shilajit.

However, the most important aspect of Ayurveda is neither the herbs nor the minerals that it uses. The secret of the success of Ayurveda over the centuries is the regimen that it coerces its patients to do. There are several therapies that Ayurveda has devised. The most famous of these is the Panchakarma therapy. This is an elaborate five-part process which can treat almost any ailment that afflicts humans. The Panchakarma therapy is a way of purification of the body. Then there are several other therapies like Shirodhara, Basti, etc. which helps keep the body in a state of normalcy.

Ayurveda often goes hand in hand with another popular Indian technique, the yoga. Ayurvedic physicians often prescribe asanas of yoga to supplement their herbal remedies. Ayurveda also believes in several massage therapies using different kinds of oils. Aromatherapy, though a different science in itself, can be considered to be a subset of the Ayurvedic techniques. Ayurveda believes that massage can canalize the toxins to their proper destinations in the body from where they can be eliminated. In this manner, the body remains free from residual toxic substances.

Ayurveda also believes in the importance of diet. When a treatment is going on, the Ayurvedic physician will stress on the importance of the diet the person consumes. Each component is selected with care, because with any disease, there are a large number of dietary indications and contra-indications.

The Popularity of Ayurveda

Today, Ayurveda is so deeply ensconced in the minds of the Indian population that they would use its remedies without actually knowing they are making use of some Ayurvedic technique. Almost every Indian household has one tulsi plant in their courtyard. Tulsi is nothing but the holy basil tree. This plant is worshipped by the Hindus, without knowing that the high respect for the tulsi actually originates from the various medicinal properties the herb has. Tulsi is one of the five essential plants every Indian garden is supposed to have. The other four plants are neem, amalaki, bilva and palash. Today, all these five herbs have become popular all around the world for their amazing curative properties.

Herbs like brahmi, ginkgo, gotu kola, ashwagandha, yohimbe, yashtimadhu, arjuna, etc. have now gained worldwide renown. The western scientists are spending a great deal of time and research in investigating the properties of these herbs. With every test they conduct, their belief in the powers of Ayurveda is only strengthening.

Garlic, onion and ginger are today used all over the world for several medicinal reasons. It is confirmed that garlic can prove extremely beneficial in reducing cholesterol and increasing longevity. However, it was Ayurveda that was the first to bring the curative properties of these herbs in the limelight. There are several other such herbs which were given their importance by Ayurveda first. Some of them are fenugreek, licorice, betel nut, cardamom, cinnamon, cumin seeds, dandelion, lemon grass, rauwolfia, zizzyphus, etc.

The initial reticence in using a quaint Indian method of medicine is now slowly dwindling away. Several Americans and Europeans are opting to use Ayurveda instead of other invasive therapeutic methods. Ayurvedic medicines are being very widely used in the west for memory enhancement tonics, treatment of male and female sterility, breast enhancement, penis enlargement and weight loss. People who are using them vouch for their benefits.