You are here:
Health Tips 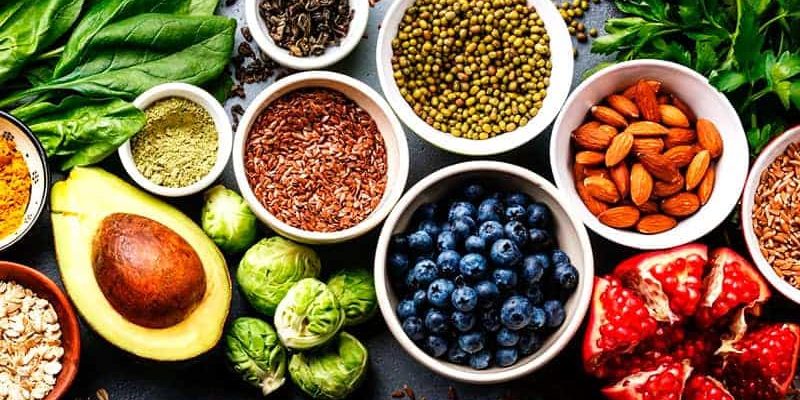 We often refer to certain foods as ‘superfoods’, not because they are exotic or out-of-reach, but because they carry immense health value and grow in our own backyards. Ayurveda suggests that watching what you eat is the first step to remaining healthy.

Ayurveda practitioner, Dr. Rahul Dogra of the Kairali Ayurvedic Group, an institution dedicated to Ayurvedic research and healthcare, says that as per Ayurvedic dietary habits, the food eaten should have at least one of the six tastes – sweet, sour, bitter, salty, pungent and astringent.

The right foods promote ‘sattva’(purity), helps in body detox and rejuvenates the body as well, thereby resulting in improved immunity, physical and mental strength and digestion.

If you wish to remain healthy by adopting such a diet, you should stop temporary crash diet, and ensure that you consume the Ayurvedic superfoods mentioned here. Here are five superfoods that can be used on a daily basis, and they can transform your health in a miraculous manner.

Ginger – Anti-inflammatory
Although Ginger is thought to be the best remedy for effective treatment of coughs and cold, it is much more than that. It is referred as a superfood, as it is one of the best anti-inflammatory in the world. In Ayurveda, it is referred to as ‘Vishwasbeshajam’ which means ‘universal medicine’.

Add ginger to anything you cook, or just boil a few chunks of ginger in hot water and sip it during the day to reduce body inflammation. In the current day, inflammation is the root cause of all disease. Inflammation could be due to various reasons including stress, modern-day lifestyles, junk food, and environmental toxins. Try increasing your intake of ginger and notice inflammation getting under control.

Pepper – for better absorption
This pungent spice often goes well with any dish. Apart from the usual health values of pepper well-known to all, did you know that pepper helps in easy absorption of any herb into the body? In fact, even turmeric does not get absorbed by the body, if not accompanied by pepper. Pepper contains several important minerals like manganese, iron, copper and calcium. It aids digestion and melts away fat that is accumulated in the body. The popular ‘Trikatu churnam’ in Ayurveda is a combination of ginger, pepper and long pepper, is safe for all to take. This churnam can even be sprinkled over salads, sandwiches or lemonade or hot water. This potent combination can prevent the body from inflammation, and does more good when taken with turmeric.

Amla (Indian gooseberry) – Antioxidant
Amla, better known as the Indian gooseberry, has carved its niche in the healthcare segment, owing to its powerful antioxidant properties. It is a digestive tonic, cleanses the colon, and removes excess heat from the body. It is a rich source of Vitamin C and calcium too.

The ‘Vamana Purana’ says that if we had absolutely nothing to eat, except the ‘Amla’, we can survive by drinking the fruit juice. It contains all six tastes, and can be used by people of whatever body constitution (vata, pitta or kapha), to balance the doshas in the body.

In Ayurveda, Amla is referred to as ‘Dhatri’, comparing to our Mother, due to its nourishing and life-giving property. It rejuvenates the body, tones up tissues and strengthens internal organs. It increases the life energy (Prana Shakti) in the body, due to its calming and soothing effect on the brain.

Amla can be included as part of daily diet by either eating it in its raw form, or added to any dish that we prepare, or just enjoy it in the form of a tea.

Turmeric – Immunity booster
The benefits of this wonderful spice are now well-known to all. Here, it is referred to as ‘superfood’, as it is an immunity booster, liver cleanser and is now found to be a good alternative herb for people undergoing cancertreatment. However, for better absorption, turmeric should be taken with black pepper. In case your immunity is low, or if you have poor liver functioning, or are undergoing treatment for cancer, then about 1000mg of curcumin (the active ingredient in turmeric) is necessary to derive its complete benefits. However, ensure that you add pepper along with turmeric when consuming.

Neem – for purifying blood
Ayurveda refers to neem as an excellent blood purifier, detoxifier and cleanser. Acne, dermatitis and other skin diseases are believed to be when the blood is acidic, but, neem makes the blood alkaline. Just take two neem leaves, crush between your fingers, put them in a cup of water, and infuse for two minutes in hot water and sip it. There are other complex ayurvedic preparations that contain neem elements. Neem also helps control various allergic conditions and skin infections, and imparts natural health to the skin. Neem also has plenty of medicinal properties.